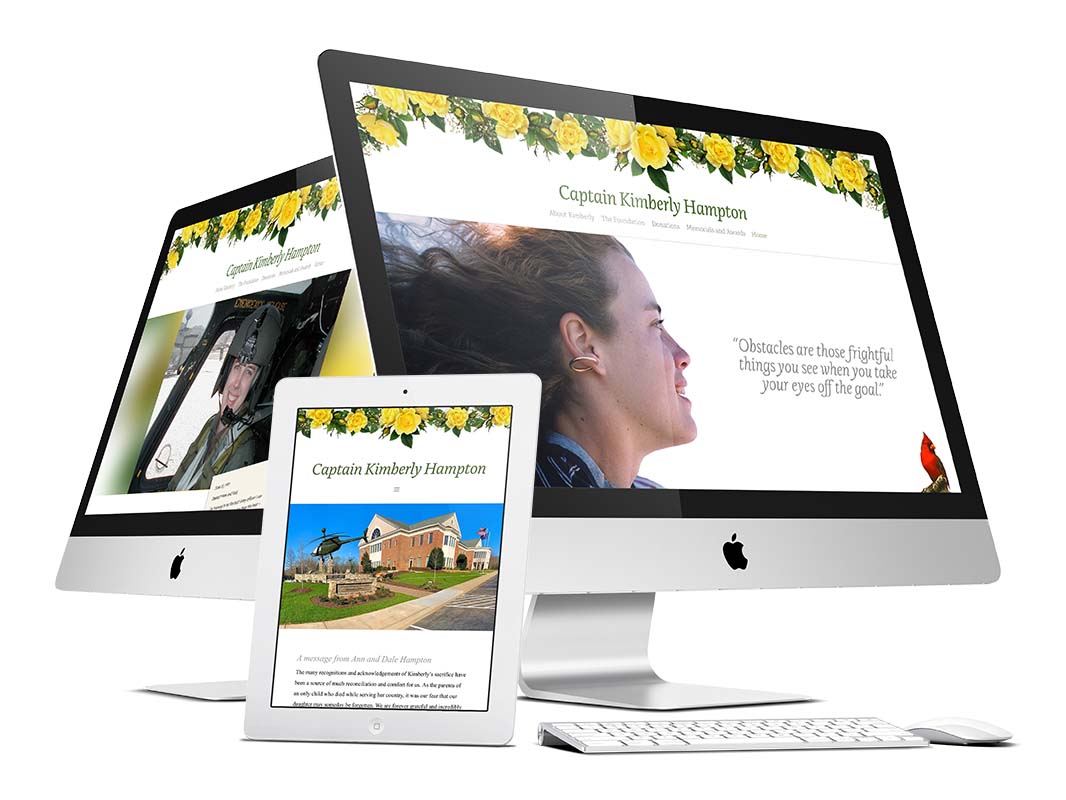 U.S. Army Captain Kimberly Nicole Hampton was flying an OH-58D Kiowa Warrior helicopter above the outskirts of Fallujah, Iraq, in a raid on an illicit weapons marketplace when she was shot down on January 2, 2004.

This fundraising website design was created to support the work of The Captain Kimberly Hampton Memorial Foundation, which was formed to celebrate her life and honor her memory.

We created the site from a large collections of pictures, memories and letters given to us. Getting to know Kimberly through this project was an honor and a privilege.

Give us a shout to learn more.
Contact Us